At the moment, Huawei’s main focus is on the development of HarmonyOS not on obstacles and the company still works hard until it achieves success. Because the Chinese tech giant knows this time the competition is with Android, the most popular operating system.

In order to avoid mistakes and improvements ahead of the stable launch, Huawei is testing HarmonyOS 2.0 through the developer beta program with limited devices from different segments on the home ground.

This page is just like other Huawei Weibo pages dedicated to a particular division, on which the company post or reveal new information but it’s especially be used to serve the purpose of the page.

It is expected that in the coming days the information related to HarmonyOS will be announced there. As of now, no news or content is available on the official HarmonyOS Weibo page as it remains blank. 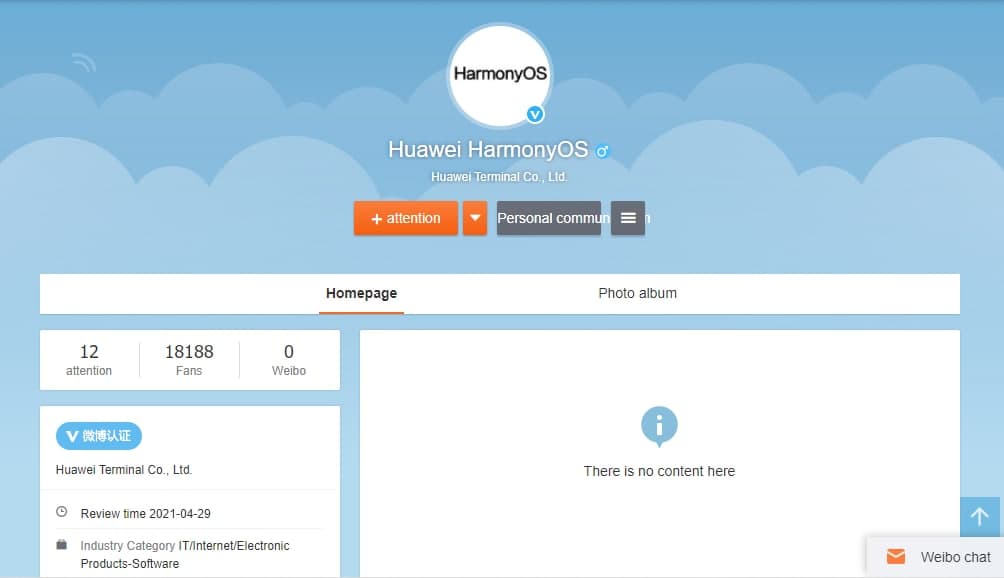 Last month, Huawei has opened the second phase of the HarmonyOS 2.0 mobile developer public beta activity and extended the device list up to 19 models.

However, other Huawei smartphone users are eagerly waiting to taste the new user interface and features of HarmonyOS 2.0. Regarding this, Wang Chenglu President of CBG recently discloses those general smartphone users will get their hands on HarmonyOS somewhere in June and more models will be adopted in the follow-up.

Huawei won the dispute over its logo in European court, verdict says it doesn’t confuses anyone