The Galaxy A52 and Galaxy A72 are just a couple of days away from being unveiled at the virtual Galaxy Awesome Unpacked event later this week, but the leaks haven’t stopped leaking. New official marketing material for the event has reached the web through unofficial channels, revealing and reconfirming a wide variety of specifications pertaining to both the Galaxy A52 and the Galaxy A72.

None of these details come as a surprise, though they stand as a reminder of the upcoming event and the fact that both the Galaxy A52 and the Galaxy A72 are shaping up to be two fantastic mid-range phones with an incredible ability to blur the lines between the mid-range and premium segments.

The two phones look nearly identical and share the same camera housing design. Color options include black, blue, violet, and white, and both devices feature an Infinity-O display design. The leaked marketing material reconfirms that the Galaxy A72 has a larger battery, a slightly larger display, and a 5-camera system with 3x optical zoom capabilities. 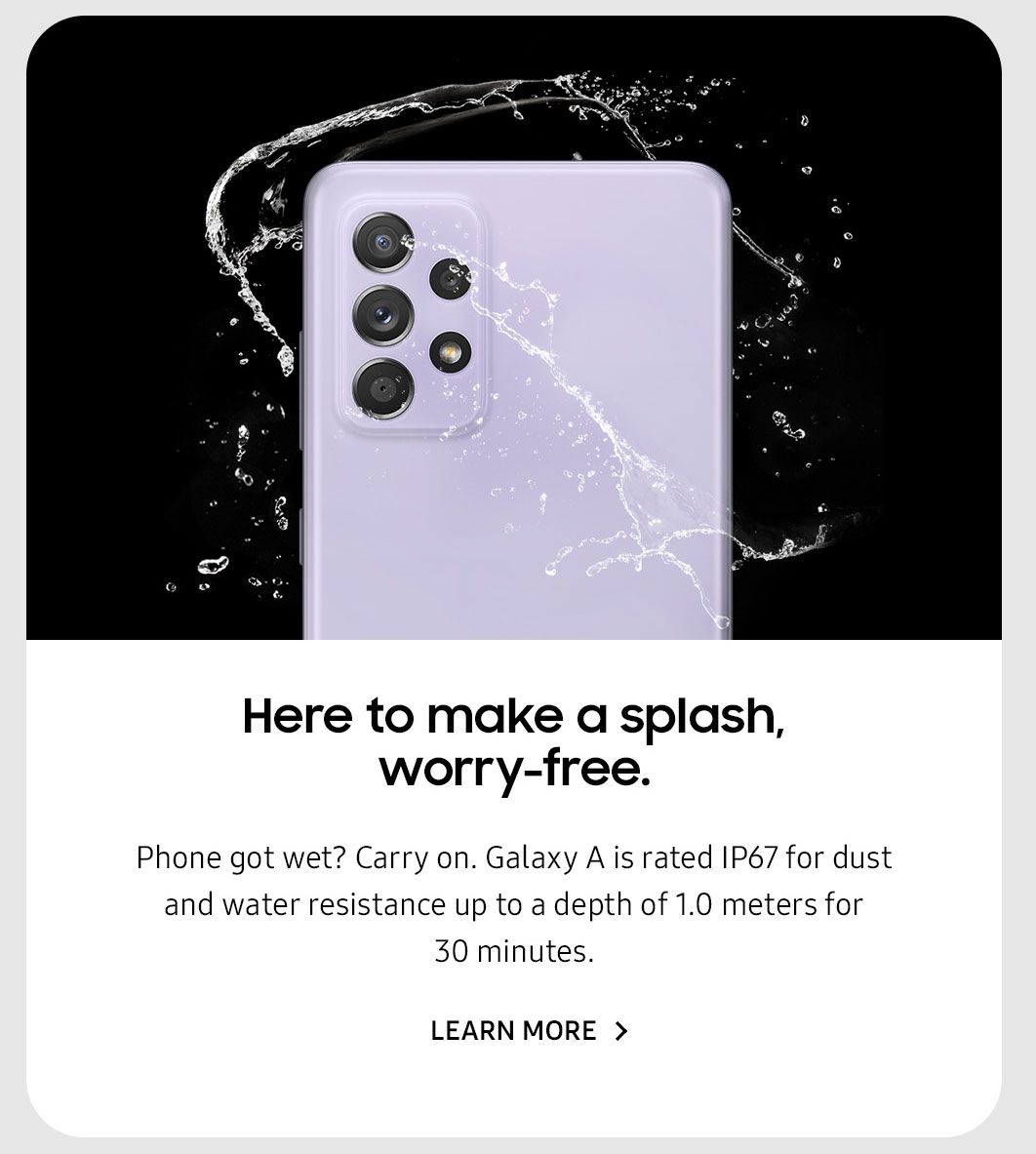 Get ready for flagship-grade specs at mid-range prices

The upcoming mid-range duo will be unveiled at Galaxy Awesome Unpacked on March 17 at 10AM ET. The two smartphones will be accompanied on stage by the Galaxy A32, though the device in question has already been released in several markets.

Pricing details go by unmentioned in the leaked marketing material but according to a previous report, the Galaxy A52 could have a starting price of around $365 while the Galaxy A72 could be priced at $480 and up.

Our Galaxy A32 review is already up and you can expect SamMobile to discuss at length about the Galaxy A52 and the Galaxy A72 in the near future. Stay tuned for our reviews and let us know which one of these two Galaxy phones you’re planning to buy, if any? 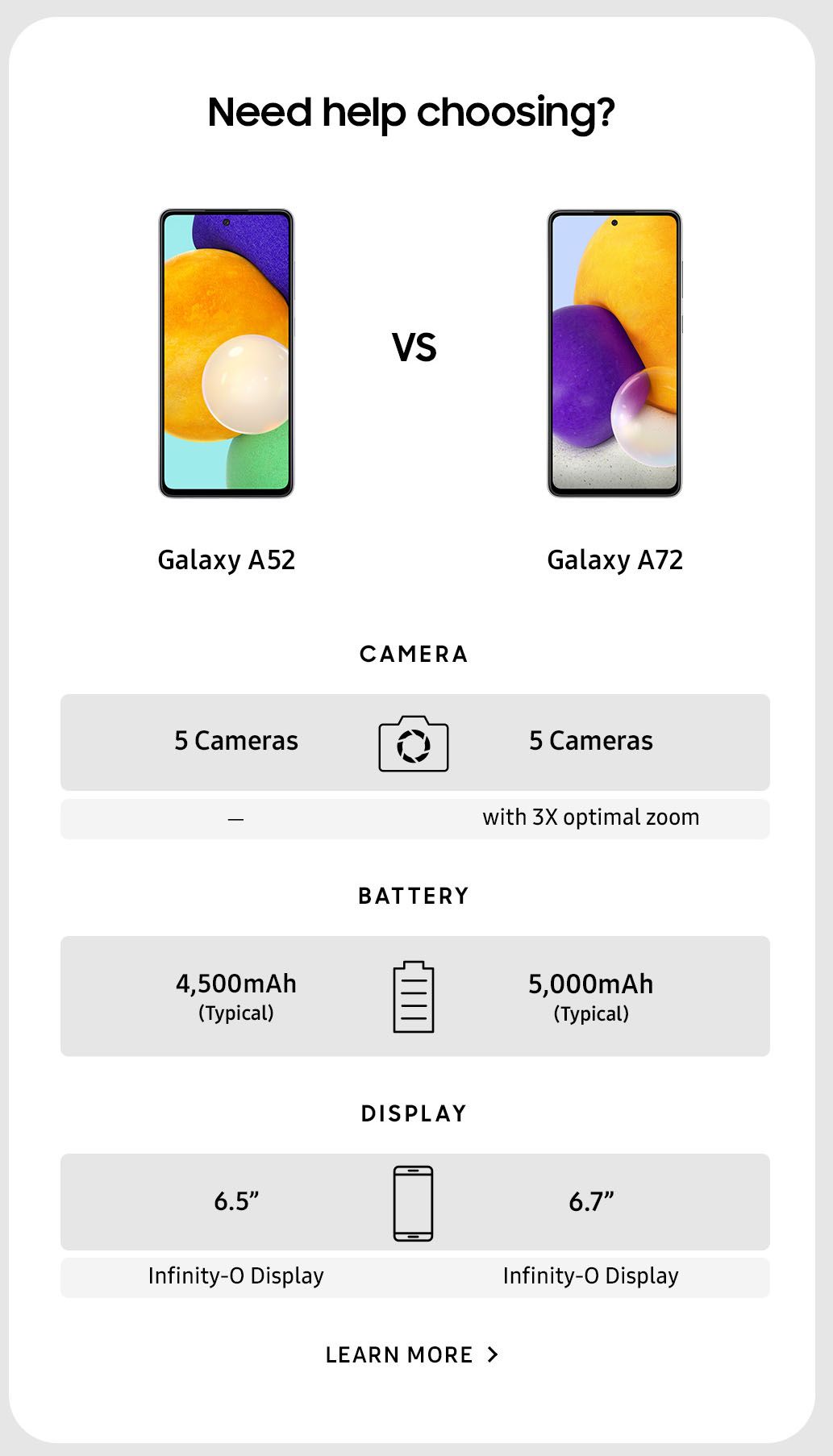