Every year all the leading brands patent for their technology, method, design, name, and more. Recently, a leading firm for patent data analytics released a report on the number of patents filed in the year 2020.

According to the IFI research, the US Patent and Trademark Office approved 35,2013 patents 2020, which shows a decrease of 1% year on year. The report brings the ranking of companies according to their respective number of patents in 2020. The first position is secured by IBM with 9130 patent, which is 1% down year on year, and it is leading this ranking list for 28 consecutive years.

Samsung Electronics secures the second position with 6415 patents followed by Canon with 3225, Microsoft with 2905, Intel Corp with 2867, and so on. Adding to this Huawei Technologies is in 9th position with 2761 patents and BOE ranked 13th with 2144 patents. 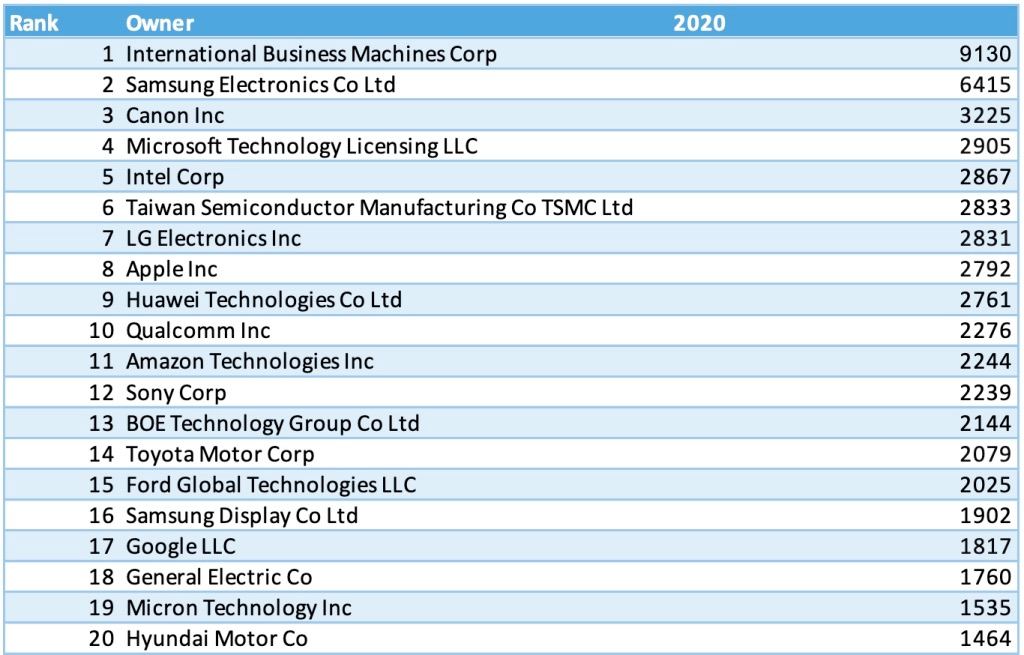 Regarding this ranking, CEO of IFI Claims Patent Service, Mike Baycroft said that “Overall, due to the impact of the new crown virus, patent activity in the United States declined slightly last year. In the past decade, we Basically, we see an increase, which is only a small downward trend, which is still 13% higher than in 2018.”

In 2020, the two most popular categories for patent are electronic digital data processing and digital information transmission. Also, the biological model-based computer systems are the fastest-growing technology, with an increase of 67%, which highlights the great interest in artificial intelligence.

The list of top 50 companies with the number of patents: