The Galaxy S20 Fan Edition impressed French benchmarking experts at DxOMark, who recently took it upon themselves to review the camera capabilities of the international, Exynos edition of the device. With that said, they certainly could have fooled us, based on the final rating they awarded to Samsung’s budget flagship, as well as some remarks aimed at its zoom performance.

The newly published review gave the main camera setup found on the back of the Galaxy S20 FE a score of 115. In that regard, the smartphone was placed between the Exynos variants of the Galaxy S10+ (113) and the Galaxy S10 5G (116). 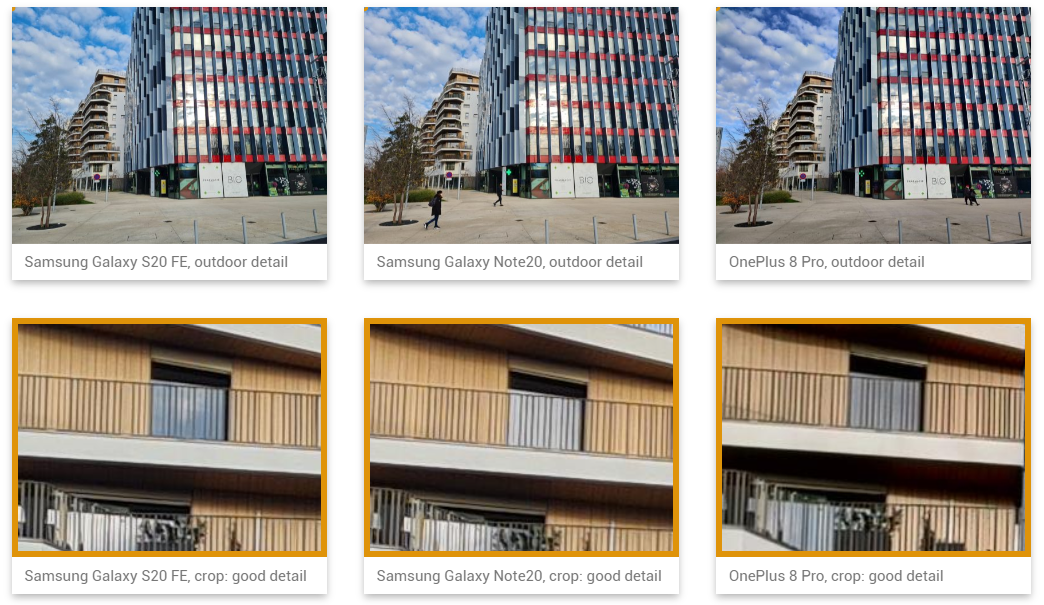 Does this critique impact the overall value proposition of the Galaxy S20 FE?

And yet DxOMark’s veteran jurors weren’t particularly impressed with the most notable improvement the Galaxy S20 FE introduces compared to the original lineup, or at least the S20 and S20+ – a brand-new 3x telephoto lens. Now, there is no denying that the few images attached to their review (and above) can’t compare to the currently highest echelon of mobile cameras in terms of detail. It’s just that your mileage might vary.

Ours certainly did, though to be frank, we spent way more time with the Snapdragon model than its Exynos counterpart.

It goes without saying that an arbitrary scoring system is hardly a relevant metric for determining photographic prowess. On the other hand, DxOMark’s track record is lengthy enough for its ratings to carry quite a bit of weight nowadays – and not just in the mobile realm, mind you.

It bears repeating that DxOMark’s overall experience was still grounded in the fact that this is a price-conscious device. This seems to be a big part of the reason why the ultimate verdict was a positive one. Meaning that not even a systemic critique of the Galaxy S20 FE’s photographic limitations affects the overall value proposition offered by Samsung’s final 2020 flagship – which remains absolutely outstanding.