On January 12, 2021, Huawei got a new patent published, called “A voice payment system and electronic equipment”. The patent was originally applied in December 2019 and has the publication number of CN112215598A.

According to the information, the patent describes this tech as a Voice Payment System with the help to improve the security of voice payment and can be applied to electronic devices such as artificial intelligence capable devices. 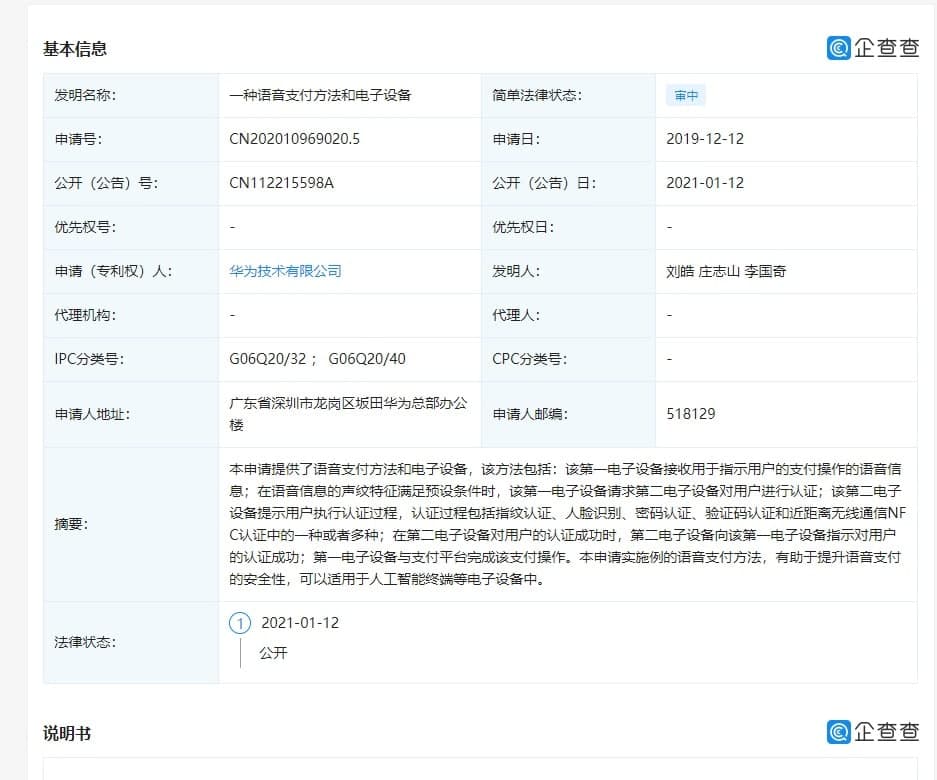 To be mentioned, Google is also testing a new payment in the latest Google Assistant smart assistant, allowing consumers to use voice recognition to authorize and confirm payment. But Google said that this feature is currently only available for in-app purchases and restaurant orders, not for shopping.

Currently, there are only countable voice payment systems in the industry. Among them, China’s Alipay voice payment feature is actually telephone payment, which is completed by the verification of a specific phone to the bank.

Additionally, UnionPay Business teamed up with Orion Starry, an artificial intelligence company under Cheetah Mobile to develop a “voice payment’ system in 2018. The voice payment feature was loaded on the newly released Leopard AI smart speaker based on voiceprint recognition technology.

For this, the user only needs to speak the voice payment password to complete the payment. However, the current use case of this technology is not wide and not widely popular among its users.