Today, Honor has officially debuted the online Honor Mall in China. It provides Honor products shopping and services for consumers. Currently, the web and WeChat version of Honor Mall is launched and the smartphone application is yet to release.

Following the Honor Mall launch, Honor has added a new 75-inch Honor Smart Screen X1 on the online Mall and opened the pre-booking of Honor V40 and MagicBook 2021. Previously, regarding this matter, the company says that new product information, exciting activities, caring service and we are waiting for you in the new Honor Mall. 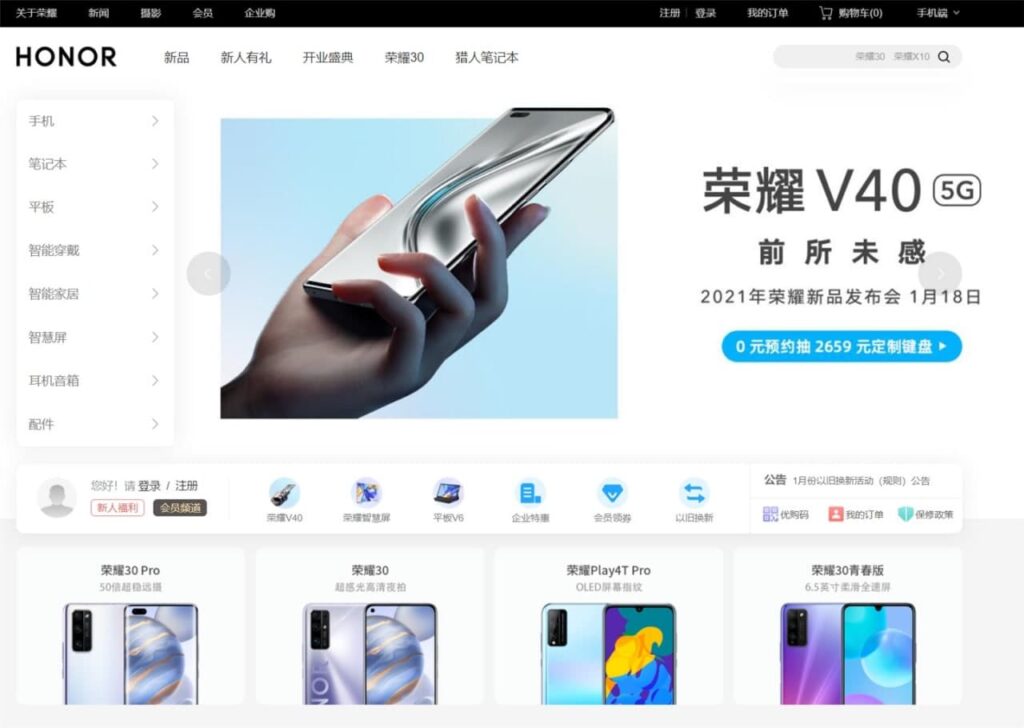 It was reported that on the occasion of Honor’s 7th anniversary, Honor’s executive stated the Honor will release high- quality products such as smartphones, laptops, tablets, wearable, routers, and smart screens to improve the user experience in the future.

Aside from this, Honor is going to launch the first flagship lineup after becoming an independent brand, Honor V40 on January 18 that offers the latest hardware and software features. 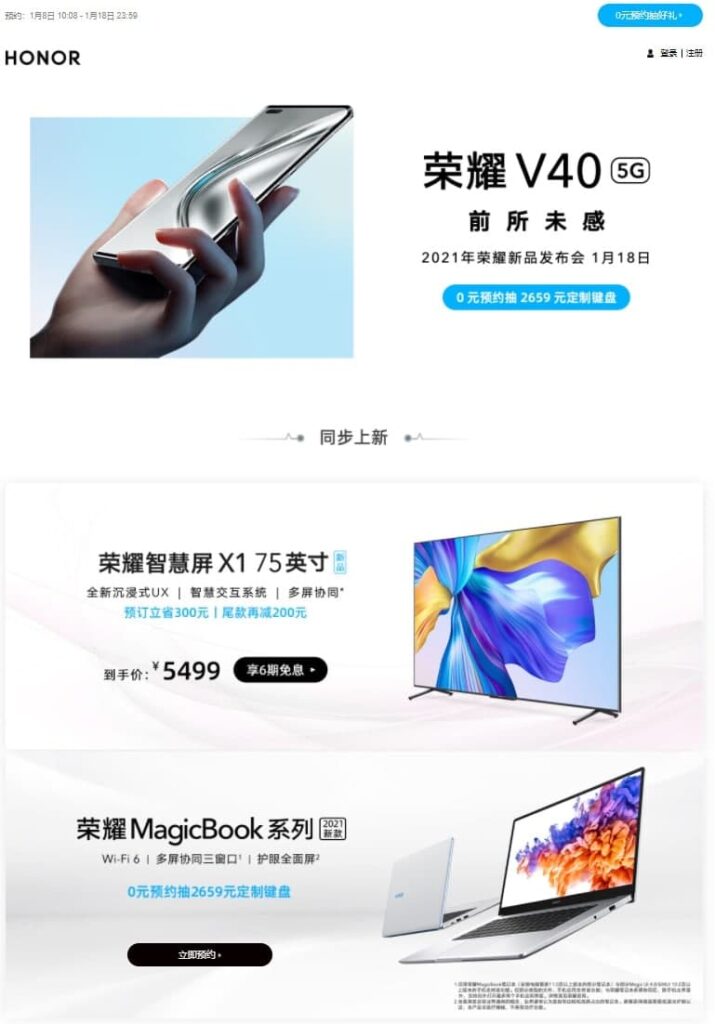 Huawei Nova 8 and Nova 8 Pro: Here are the key difference and similarities