Starting today, the Huawei Smart Screen S series two sizes – 65 inches and 75 inches are officially on sale as scheduled in China. Check the price details below.

Adding to this, HarmonyOS allows you to experience different digital works such as games, education, nursing, office, and much more on a seamless connection between mobile phones and smart screens. 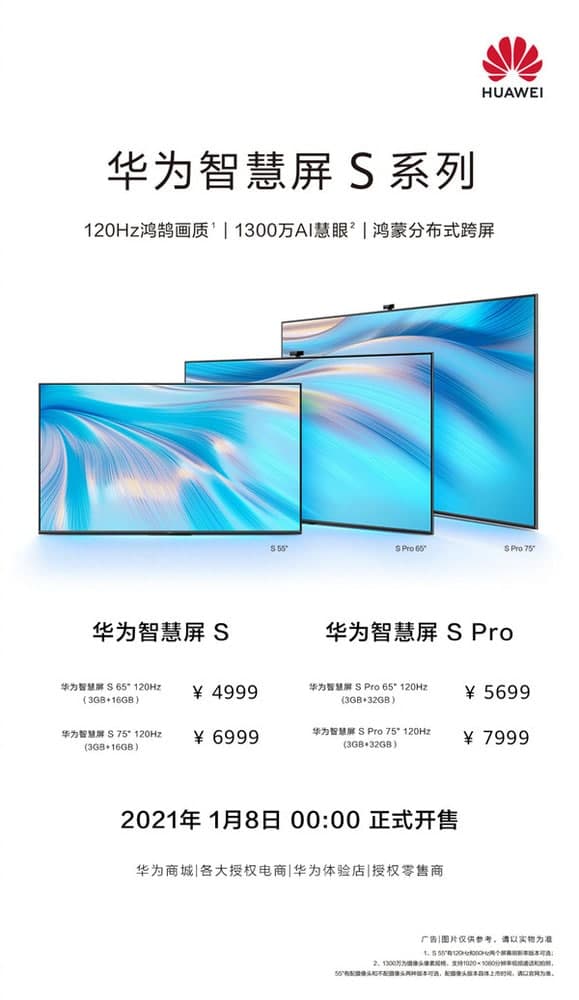