TUV Rheinland has certified a new wireless charger HW-110600X02 that supports 50W wireless charging. The charger is linked with Honor smartphone model YOK-AN10, which is found to be the upcoming Honor V40. The phone also supports 66W super fast wired charging. (via) 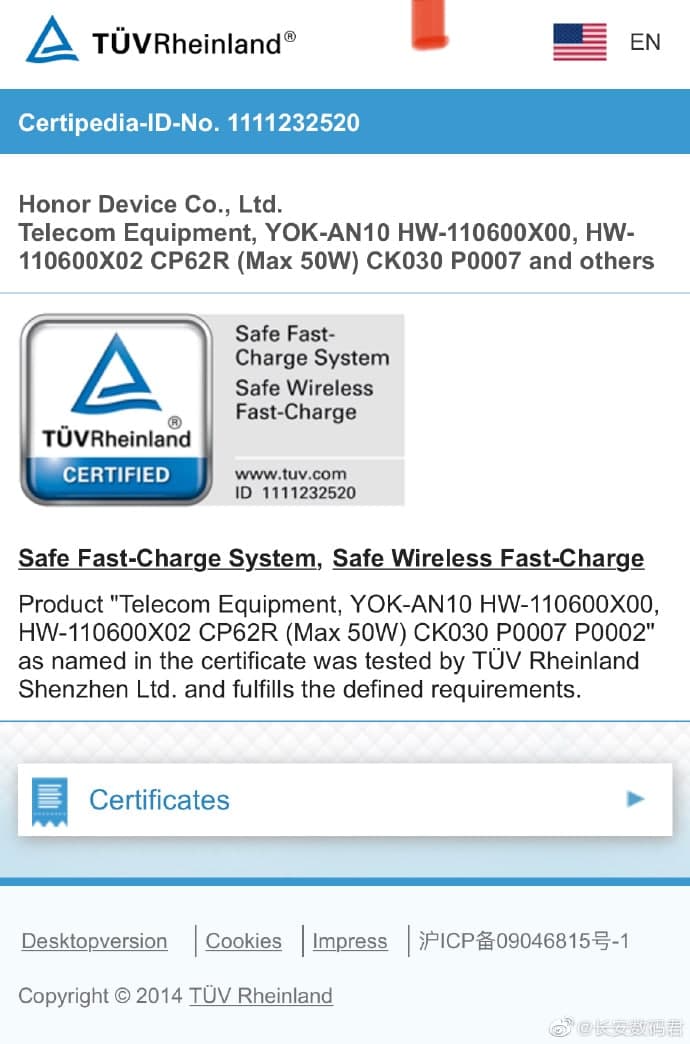 As we know, Honor is preparing to launch its latest Honor V40 series. Just recently, the renders of Honor V40 was surfaced online indicating a massive circular design. Now, a tipster claimed about the charging capacity of these upcoming smartphones.

According to a tipster, an unreleased device of Honor having model number YOK-AN10 has passed the certification of the Ministry of Industry and Information Technology and 3C certification. As per the naming tradition, this device will be Honor V40.

It confirms that the upcoming Honor V40 series will have a charging capacity of 66W which is quite fast compared to other tech makers. While the wireless charging adapter clearly mentions a maximum 45W capacity. 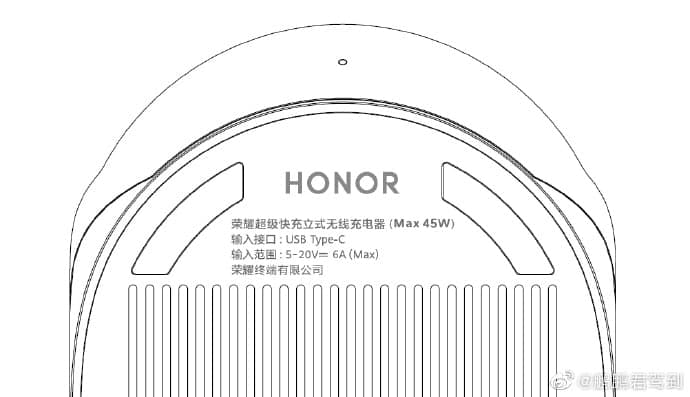 As per previous reports, Honor V40 will use a 6.72-inch FHD+ large screen with 88-degree curvature, 120Hz refresh rate, and a dual speaker design. This device could hit the smartphone market in mid-January 2021 or ahead.

Stay tuned with us for further information on this matter…