Following the release of EMUI 10.0, Huawei later moved on to EMUI 10.1 and EMUI 11 but the Huawei P20 Pro is not eligible to upgrade on these latest software versions due to incompatibility.

Furthermore, the phone has completed its software update tier so it won’t receive any regular software support from Huawei. However, the phone does receive occasional patches including this new one. 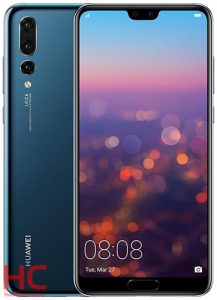 Recently, Huawei started sending a new software update for Huawei P20 Pro users in India. According to the information, the update only brings new system parameters optimizations and doesn’t have a have changelog or it has a bigger package size.

Users need to restart their devices to apply new changes. Currently, it’s not confirmed what these changes are and whether it’s rolling for users outside of the Indian market.

This is not the first time when we witness the rollout of system parameters update as the company has sent them out for a series of devices in the past.

Thanks to the tipster – Boyapati

Huawei Nova 8 and Nova 8 Pro: Here are the key difference and similarities

Verizon squeezes in a sneaky Galaxy S20 update before year-end