Honor is all set to launch its first smartphone after the separation from Huawei, the Huawei V40 series. The leaks, rumors, and renders continuously appearing online and most of the specifications are leaked ahead of launch.

Today, a Weibo tipster – Digital King claims that the Honor V40 series will be official launched on January 12, 2020. Also, the V40 series passed the network access certification, which shows that V40 comes with an HW-110600C0x charger capable of 66W fast charging.

A new poster circulating on Weibo shows that the Honor V40 series pre-booking started on January 4 and the V40 brings a large waterfall display with a Breaking the Cocoon theme. The tipster says pre-booking for Honor V40 is opened on all major offline stores and will be available online after launch. 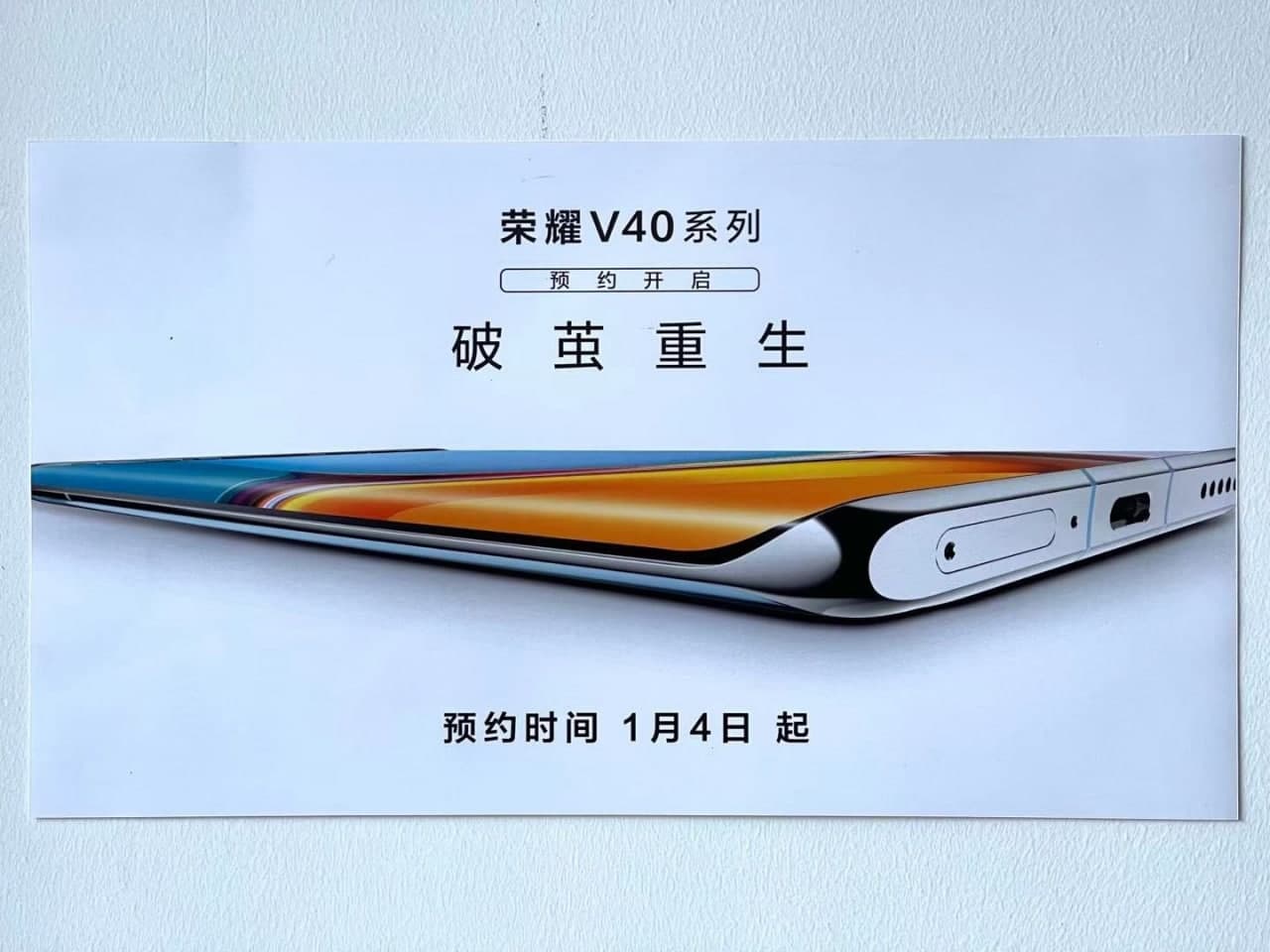 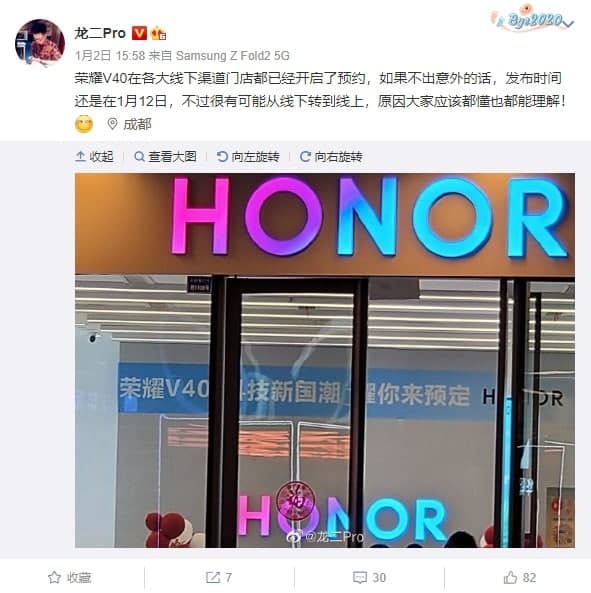