At the launch event, Huawei also announced that it has achieved 120W and 200W super-fast charging technologies but didn’t introduce them alongside the Huawei Mate 40 series. As recently, Huawei has certified a new charger that you should know about. 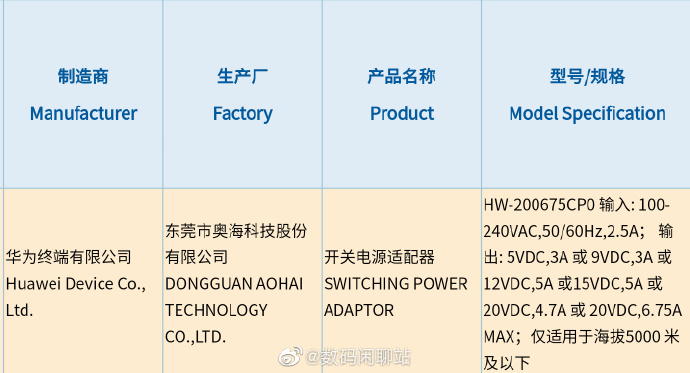 According to the tipster DigitalChatStation, this adapter can be used for smartphones but it doesn’t then the company may use it for faster wireless charging or for an upcoming heavy spec device.

However, the tipster didn’t share any specifics about the device that it’ll come with but we’ll keep you posted on this matter.

The post 135W Super fast Huawei charger is now certified, could be used for phones and more appeared first on Huawei Central.