It’s become normal for any mobile product to be leaked before its market debut, just as it’s expected for the intensity of leaks and rumors to ramp up as the product gets closer to launch. The very first leaks usually aren’t very revealing but when a new series of flagship phones or a new pair of wireless earbuds are less than two weeks away from their debut, that’s when the wildest leaks tend to happen.

Case in point, the upcoming Galaxy Buds Pro earbuds were exposed in press renders before, but now the earbuds along with its retail package have been spotted in a handful of live photos. And what’s even more mindboggling is that these hands-on photos, seen in the image gallery below, originate from a Galaxy Buds Pro listing on the Facebook Marketplace.

Indeed, the person behind the listing claims to have two pairs of Galaxy Buds Pro earbuds in their possession, one of which was put up for sale on the Facebook Marketplace for $180. Just to be clear, SamMobile is in no way associated with the seller and/or the listing, so it’s entirely up to you if you want to take the seller up on his offer, assuming it’s still available.

Perhaps more interesting are the additional details revealed by the hands-on photos. First of all, the Galaxy Buds Pro retail box has the opposite color scheme of the previous earbuds. The box is no longer white, but black, so there’s no way that anyone could mistake these for Apple products.

In addition, the back of the box reconfirms a few rumored features pertaining to the Galaxy Buds Pro, such as its 2-way speaker system and the improved IPX7 rating. As a reminder, the Galaxy Buds+ and the Galaxy Buds Live have a mere IPX2 rating. The retail box also reconfirms ANC (Active Noise Cancelling) and a battery setup capable of up to 18 hours of music playback on a single charge, case included.

The Galaxy Buds Pro should be unveiled on January 14 alongside the Galaxy S21 flagship phone series and it’s expected to hit the shelves in three color options for around $200. 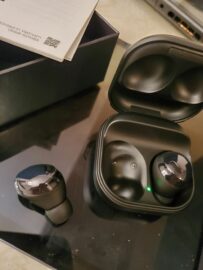 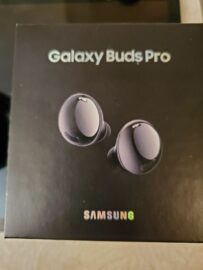 The post It’s not out yet but someone’s selling the Galaxy Buds Pro on Facebook appeared first on SamMobile.

Display and back glass scratch repairing method patented by Huawei

Galaxy S21 price cut all but confirmed ahead of launch