According to the information, the new Ultra-large file flash transfer supports 305 Mbps ultra-high-speed at long-distance at up to 400GB large file transfer. With the help of Huawei’s end-to-end capabilities in 5G chips, 5G devices, and 5G networks, this new tech can easily achieve fast file transfer without any interruptions.

Richard Yu, CEO of Huawei’s consumer business group said this is a true 5G killer application in the true sense and it’s another big milestone in the field of 5G communications.

Now, Huawei has officially started releasing the new flash file transfer feature for its device, which was upgraded to EMUI 11 in the first batch of testing. However, this feature is currently available in China and the company may expand it to the global users but there is no date confirmed.

List of the devices, who’ve received the flash file transfer system yet: 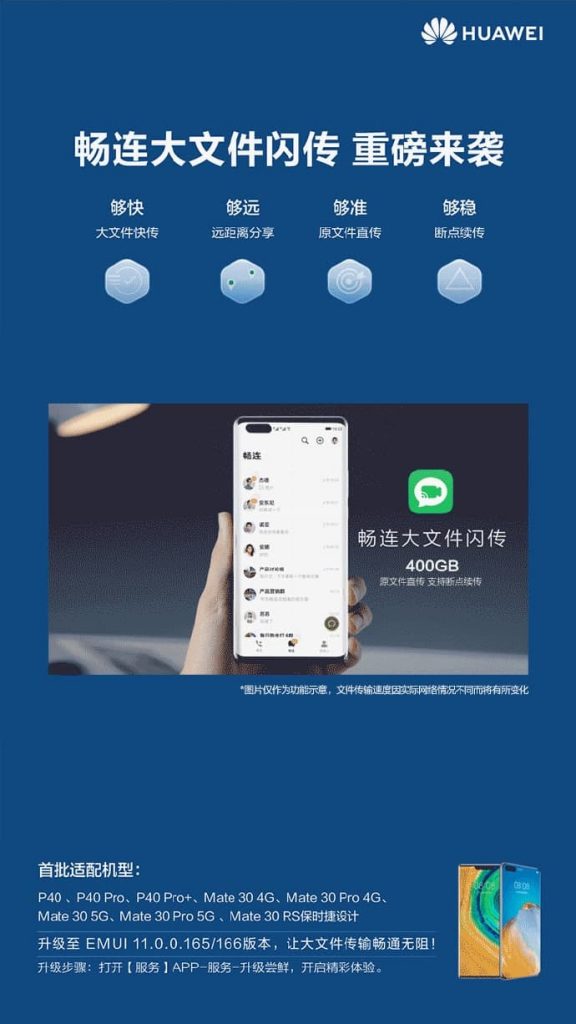 The post Large File Flash Transfer Feature: These Huawei devices with EMUI 11 have been updated so far [List] appeared first on Huawei Central.