Third-party case renders for the Galaxy S21 series have been leaking for a few good weeks now. They were among the first leaks to reveal some of the flagship’s new design elements, but since then the entire Galaxy S21 series has been fully unveiled in press renders that have left nothing to the imagination. Except for Samsung’s range of official cases.

Now a new batch of leaked renders depicting some of the company’s official Galaxy S21 case models emerged via MySmartPrice. They reveal a couple of LED covers, Clear covers, Leather and Protective Standing covers, and a silicone case. In addition, the renders also reveal a couple of Kvadrat textile cases for the Galaxy S21 and Galaxy S21+. The purple Kvadrat case was spotted before but the gray variant is new.

Interestingly, not every case model is hiding the new camera bump design employed by the Galaxy S21 series. This is by far the most striking design element and, thankfully, it looks like customers might have enough case models to choose from regardless of whether they like the idea of covering the camera module or not. There might be an option for everyone.

Samsung’s official range of cases for the Galaxy S21 series offers a wide variety of designs, materials, and color options. They look similar to the previous models but they were tailored to fit the Galaxy S21, the Galaxy S21+, and the Galaxy S21 Ultra. This also means that the latter model should get at least one case accessory that features an S Pen holster.

That particular case appears to be the Clear View Case. The S Pen holster itself is not visible but @ishanagarwal24 made an interesting point about the case having an unusually-wide aspect ratio precisely because it accommodates an S Pen.

We expect most of these Galaxy S21 official cases to become available on the same date as the flagship series itself but prices have not yet been revealed. We’ll keep you posted as soon as we find out more. Until then, feel free to let us know if you plan on buying the Galaxy S21 next month and pair it with one of the official case models seen below. 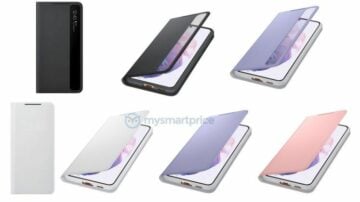 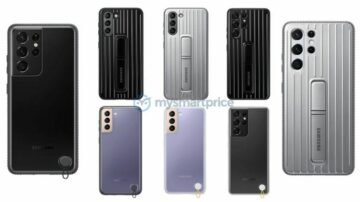 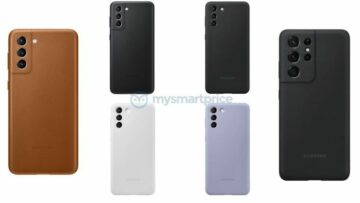 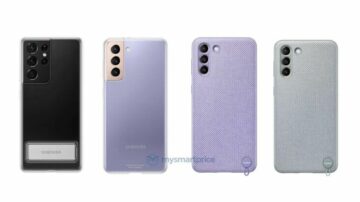 Galaxy S21 price cut all but confirmed ahead of launch

Verizon squeezes in a sneaky Galaxy S20 update before year-end

Which messaging or chat app you mostly use on your Huawei device?