Honor is preparing to launch its first flagship, V40, or View40 after the company parted ways with the Chinese tech giant Huawei. According to the information coming from Weibo, this smartphone will have similar curved edges as the recently released Nova 8 Pro.

An alleged render of Honor V40 has surfaced online, which shows the phone with a curved edge display meeting at the very back of the device’s frame. The phone has a premium aluminum frame and sim-card tray, a primary mic, USB Type-C port as well as speaker grills, and more. 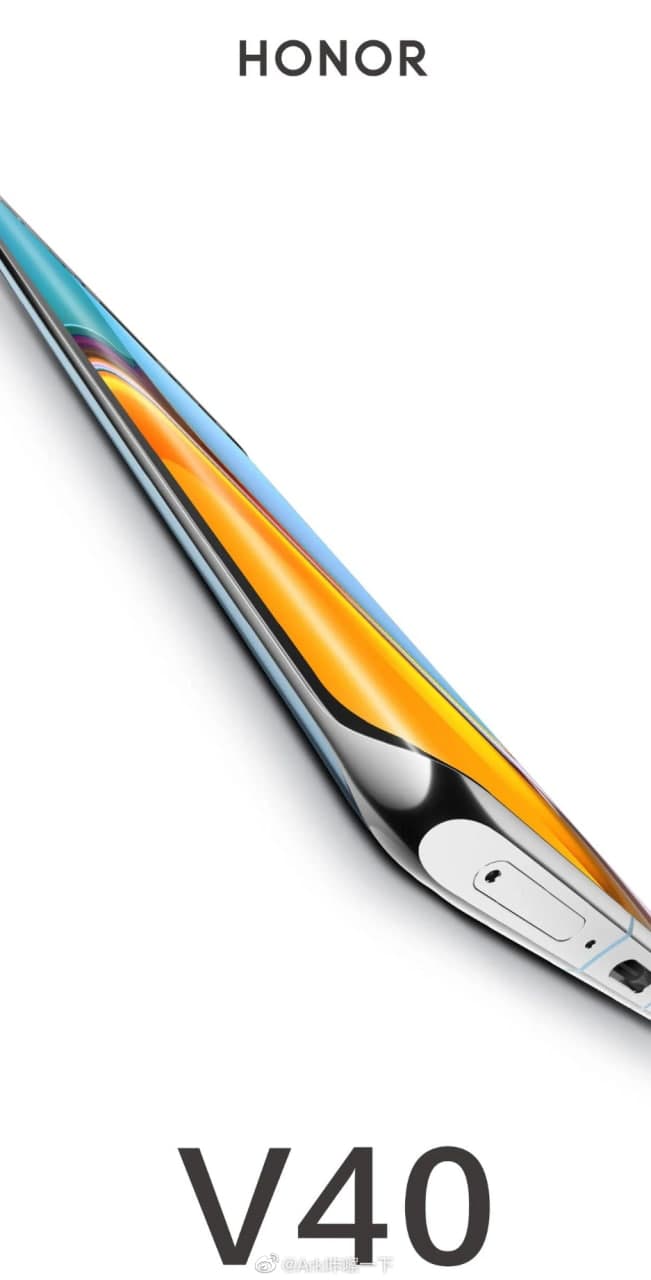 According to a Weibo tipster, Honor V40 will be the first Honor device to feature a 120Hz refresh rate display and the first smartphone to feature 300Hz touch sampling for ultra-fast touch input/response, which will maximize the user experience.

The tipster also suggests that the Honor V40 will be powered by MediaTek Dimensity 1000+ chipset. The phone support 66W fast wired charging and 45W fast wireless charging. Furthermore, the Honor V40 Pro will be released somewhere near mid-January 2021. 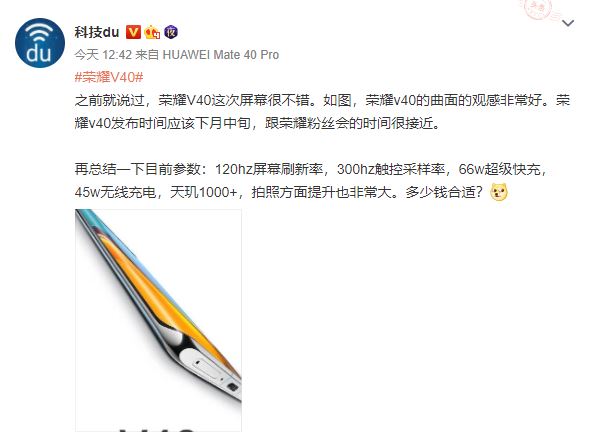